Material handling is everywhere although most of us probably don’t realize it. A recent episode of FOX’s Wayward Pines demonstrates that regardless if it’s the past, present, or very far future, the material handling business is crucial to our human existence and the way the world works.

Wayward Pines is a new television series from the famous film director, M. Night Shyamalan, who is widely recognized for his eerie thrillers like Signs (2002) and The Happening (2008). The overall premise of the show involves a United States Secret Agent named Ethan Burke who investigates the vanishing of two agents from his very small Idahoan town, Wayward Pines. After Ethan awakens from a nearly fatal car accident, he is unable to contact anyone and is unable to leave his town to reach the outside world. The residents of Wayward Pines are trapped inside the town by a set of strict rules enforced by the town’s sheriff in which there are serious consequences for anyone who tries to escape.

(*SPOILERS AHEAD*) In episode 6, “Choices,” the first scene opens with a scientist (Dr. Pilcher) escorting Ethan Burke to the Wayward Pines secret control center to explain the history the town. In the early 1990s, Pilcher predicted an invasion of aberrations and recruited a mass amount volunteers in a project to defeat them. During the project, the majority of his volunteers were abducted, so for safety reasons, Pilcher hid all of his other participants in a hidden cryochamber. Him and his participants wake up one day to find it is year 4,014 (2,000 years later) and they are the last surviving humans; and Pilcher asks for Ethan Burke’s help imposing order on Wayward Pines. 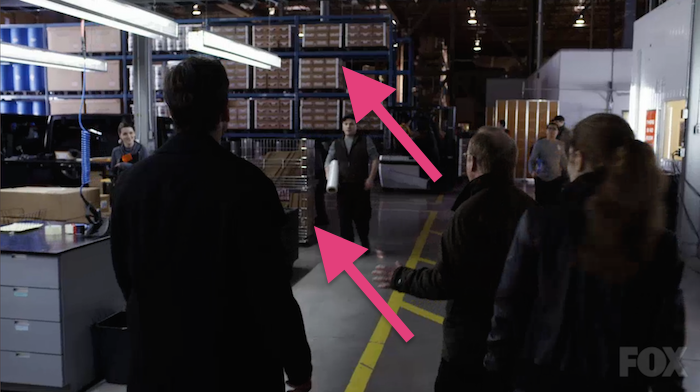 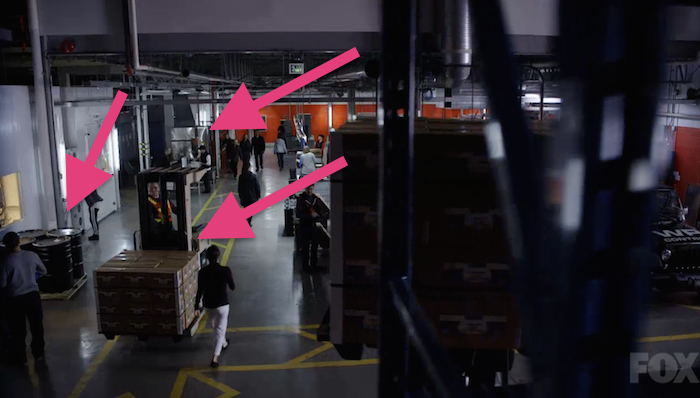 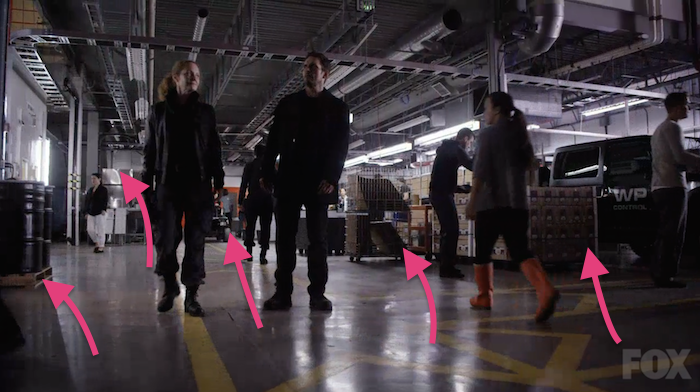 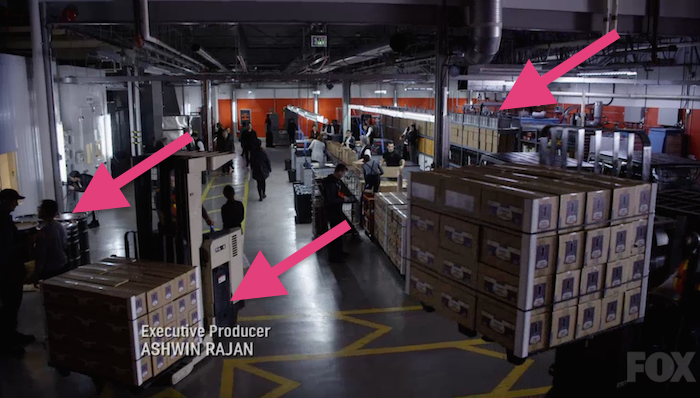 The point to all of this though, is how the secret control center is portrayed. Entering the control center is so complex; one needs to walk across an extremely high and long bridge to a huge mountain-like structure that has a secret door to go inside. The inside of this top-secret center is just an ordinary modern-day warehouse. Ironically, it’s the year 4014 and this warehouse is still using forklift trucks, floor tape, pallet racking systems, and industrial wire containers! It just goes to show you that no matter what year it is, material handling is everywhere and we are always going to need it. 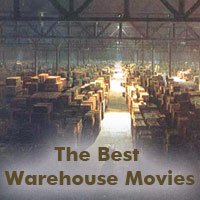 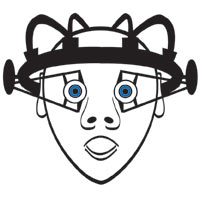 Blink and it’s Gone: Material Handling Equipment in Movies (and a weekend of 8/17 movie preview) 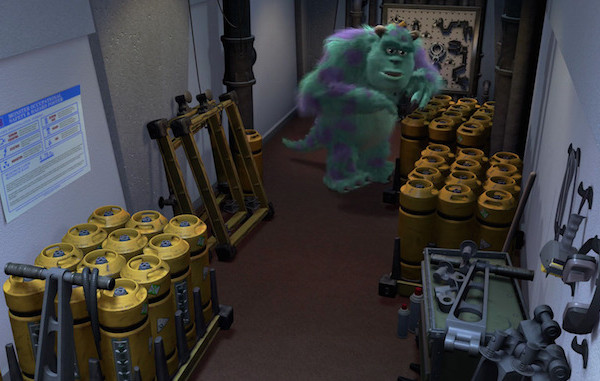